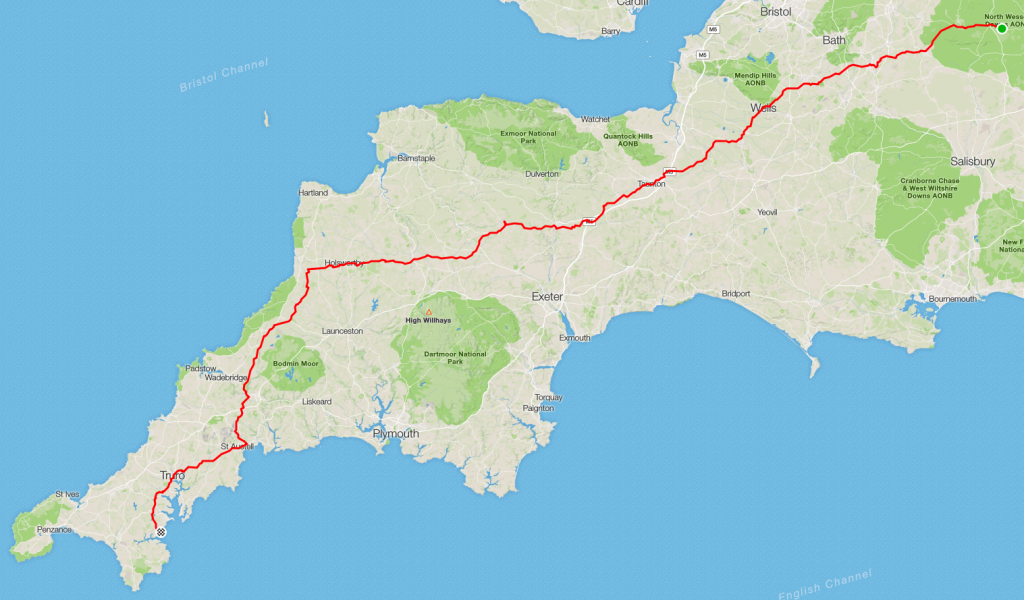 A bright, cool, day greeted me as I emerged from my snug little bivi tucked away in the Savernake forest, near Marlborough.

Immediately before sleep the night before I’d polished off the last pieces of chicken that Martyn and Sarah had given me, as well as a banana. I think the protein combined with the other nutrients from the banana did a great recovery job whilst I slept, because my legs were ache free and I didn’t feel stiff at all. Note to self: always fuel up well before sleep to optimise recovery. Chilly but content, I was packed up and off in search of breakfast by 06:30.

Once again I used my programmed route as a general starting point and then refined it on the fly to follow either B roads or more minor looking A roads. Sunshine and following winds made for decent progress but I can’t say it felt particularly safe.

As previously mentioned these busy roads seem particularly plagued with dangerous potholes and sunken drain covers, and as a cyclist one dances the dance between holding a primary mid-lane position in the road, or alternatively hugging the shoulder or kerb so that vehicles can pass more easily.  The first approach aggravates drivers and can easily lead to them making some very ill-advised and dangerous overtaking choices. Opting for the kerb hugging position makes it inevitable that at some point you’ll have to suddenly swing out into the road to avoid potholes or the general debris that tends to accumulate along the road side; again, dangerous.

As both options are problematic I try to balance it somewhere between the two whilst also making a point of slowing to let traffic pass on winding stretches of road where it can quickly build up behind me.

Thankfully the drivers I encountered on this day passed wide and behaved very considerately, though even then there was an issue with the generous overtaking. This takes the cars’ and trucks’ wheels into the general grit and debris that accumulates between lanes in the middle of the road, and as a result you now get showered in dust and grit…. Doh!

Those are the negatives but on a positive note you enjoy the totally immersive, exhilarating experience that cycling on the open road gives you. I love that, and today it was made particularly joyous as a result of the NE tail wind that was mostly helping me down the road. 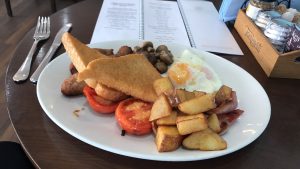 I was hungry though, and happily, around 30 miles into the day, a sumptuous breakfast opportunity presented itself at The Farleigh Road Farm Shop, near Bath, on the A36. I was in a fine mood at this point and delighting in my adventure. So with a full English breakfast washed down with 2 coffees and some provisions purchased from the farm shop I was soon ready to crack on again.

Before this trip friends had joked to me that “…at least it’s down hill on the way back to Cornwall”. Clearly it isn’t, but it had been feeling a little that way due to the helping wind. On approaching Wells however, things certainly took a turn into the downhill realm with a highly memorable white knuckle descent down to the town.

I recall an afternoon of steady climbs and increasingly frequent speedy descents. I was now finding the traffic more wearing than the exertion of riding with the constant hyper-vigilance required being both absorbing and exhausting. 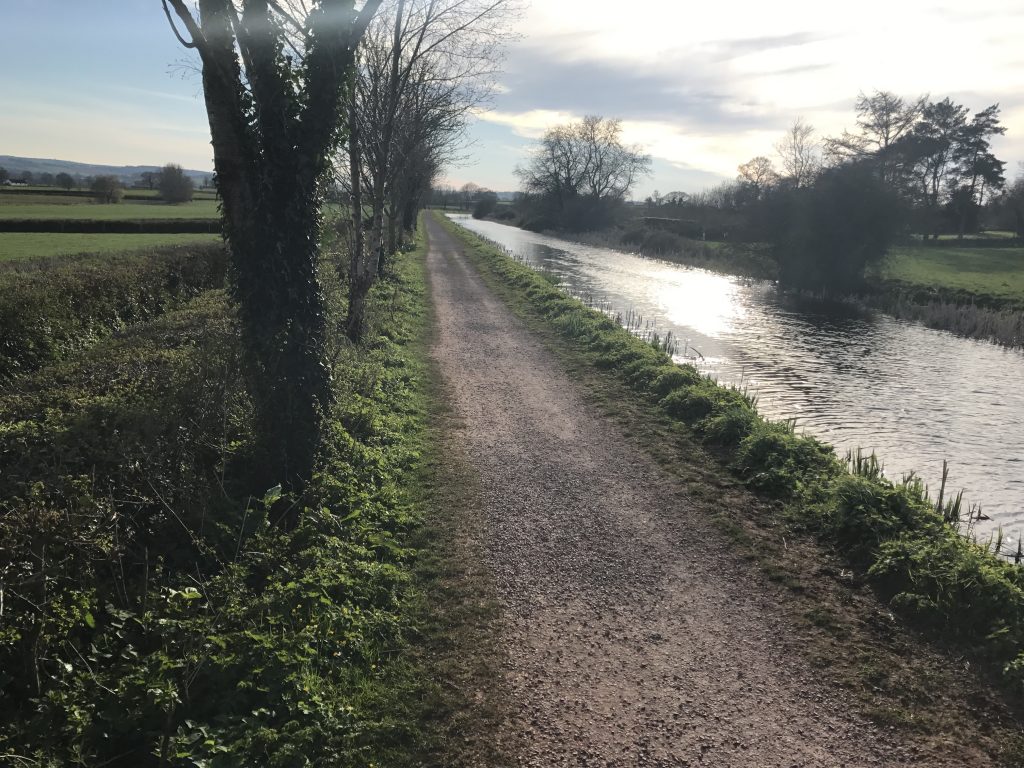 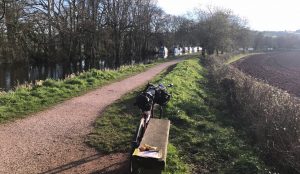 As evening arrived I decided to indulge in some quieter time and left the A361 to ride the towpath along the Grand Western Canal cycle route as proposed by my RideWithGps plan. What a welcome respite this was compared to the endless hustle of A roads. I had myself a small picnic, a brief power nap and in my exuberance recorded a little live video of all the serenity.

It was around 17:00 now and I was still something like 120miles from home with at least another 10 hours riding to go. I decided to just carry on into the night and see how I felt. It was clear that I’d have to get back onto fast roads again soon in order to make better progress.

The arrival of dusk was welcome as this brought not only a glorious sunset but also the general calm of evening roads and approaching night. I was mostly on B roads now as I crossed Devon. 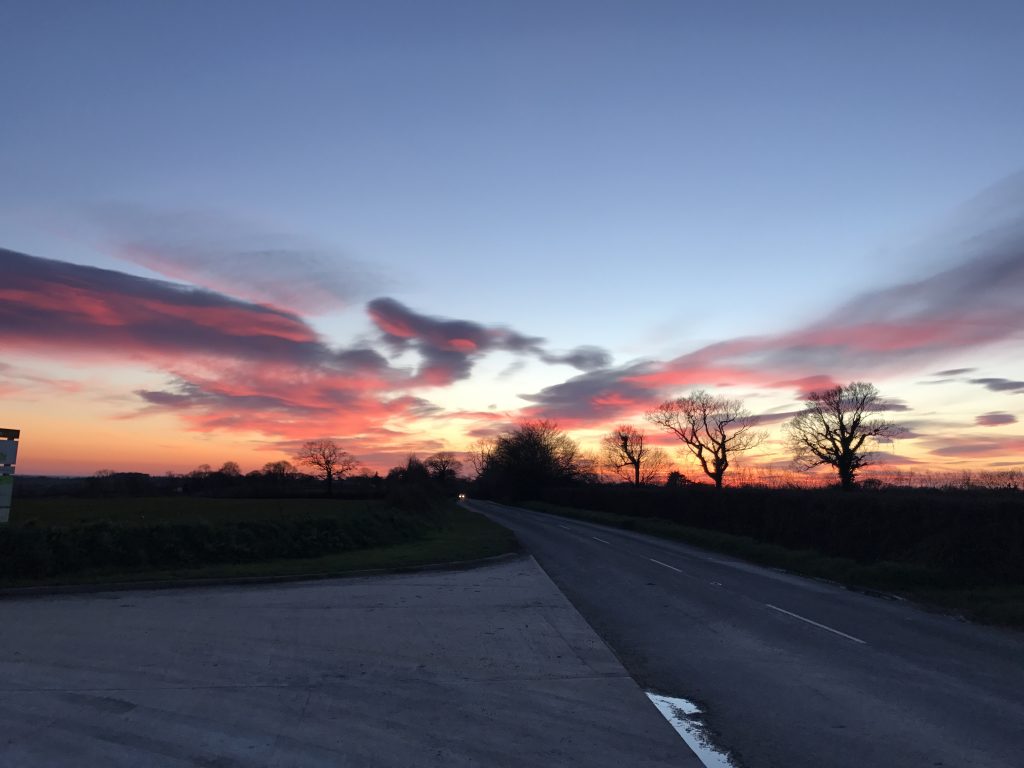 I had been using my iPhone a lot for navigation over the last 2 days and my power bank was nearly drained as a result. I thought I could probably make it home as it was but a top up would certainly be prudent. By around 11pm I was speeding along again on the A3072 and starting to head a little more west than I thought ideal. It was time to pause and review my onward route more seriously. Happily, I soon happened upon The Golden Inn in Highampton and pulled in. 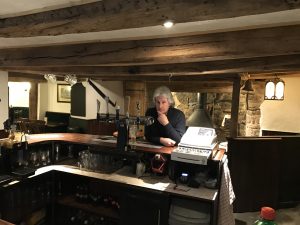 A lone publican greeted me (apparently all his customers had just headed off to a stag do or similar) and kindly let me indulge in a bout of device re-charging whilst I quaffed orange juice and soda and munched on pork scratchings (Fat and salt cravings…). He clearly thought I was mad but humoured me none the less whilst recounting his battles with his insurers who’d refused to pay up when the pub had caught fire some years back.  Happily, it seemed he was now winning that battle.

My immediate issue was deciding my route home. The quickest would surely be the A30 but I’d sworn to myself and my family that I was not going risk life and limb on that speed strip. I wasn’t keen on the A39 either so opted for chasing B roads until I made it to the A395.

It was now the early hours of the morning and decidedly cold and windy. Although I still felt pretty energised the cold was now getting right into me even with 4 layers of clothing, including a quilted jacket and Gore waterproof. The temperature was around 5c but add in the wind chill factor and it felt truly icy. This meant I was warm to hot on the ascents, but soon freezing on the descents. The descents seemed to be increasing and I began wishing for hills just to warm me up.

The night took on an increasingly surreal quality with the howling of the cold NE wind across the moors interspersed with the occasional passing of big lorries making night runs. As I approached Camelford I concluded that this just wasn’t safe anymore and that I’d have to take a break.

My mind was starting to picture nasty scenarios of what might happen if I crashed and injured myself during one of the many, increasingly frozen, high speed descents (…I’d likely die of hyperthermia on the roadside before anyone got to me). 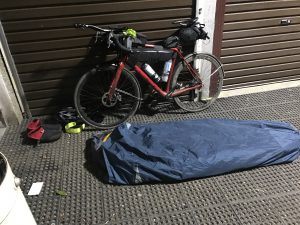 Finally I made it up a hill to BP’s mystically named “Camelot Valley Truckle Garage”. There I found an illuminated corner in which to take stock whilst sheltered from the bitter wind that was moodily whistling around and rattling every loose panel on the garage canopy.

Huddled in the corner I felt the warmth swiftly leaving me again so I decided the only thing to do was grab a nap in my warm bivi cocoon with superb Thermarest Neoair mat and down quilt. Magically, I awoke an hour and half later, at 04:30, warmed through and ready to finish this ride. Just 50 something miles to go…

Riding into dawn is a true morale booster, as the cool of the night recedes and tranquil roads with new vistas greet you. The mild warmth from the first rays of sun was so very welcome. 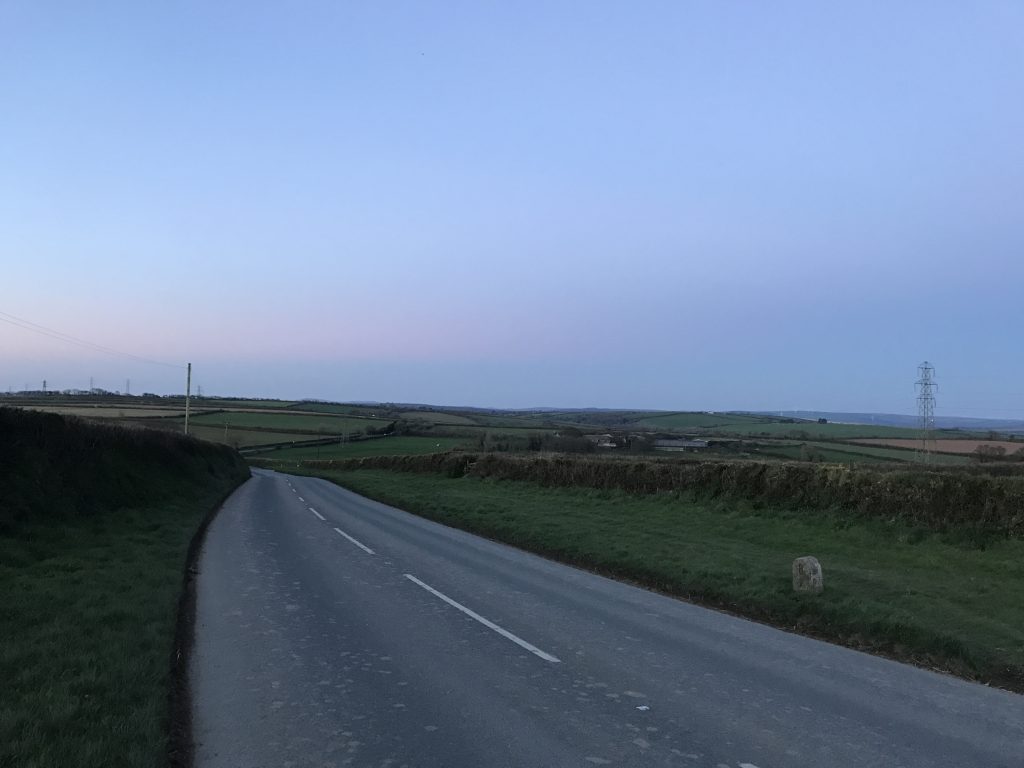 This was a great final run home; the sun shone, the wind had eased considerably and Sunday morning made for quiet roads. Happy days!

It was only as I approached St Austell that I realised I’d not seen the sea for nearly 4 days which is very unusual for me as I live on the coast and work in the yachting industry.

St Austell may be around 30 miles from my home but I already felt like I’d arrived. This sweeping approach to the town was glorious and set me up for the final few hours. 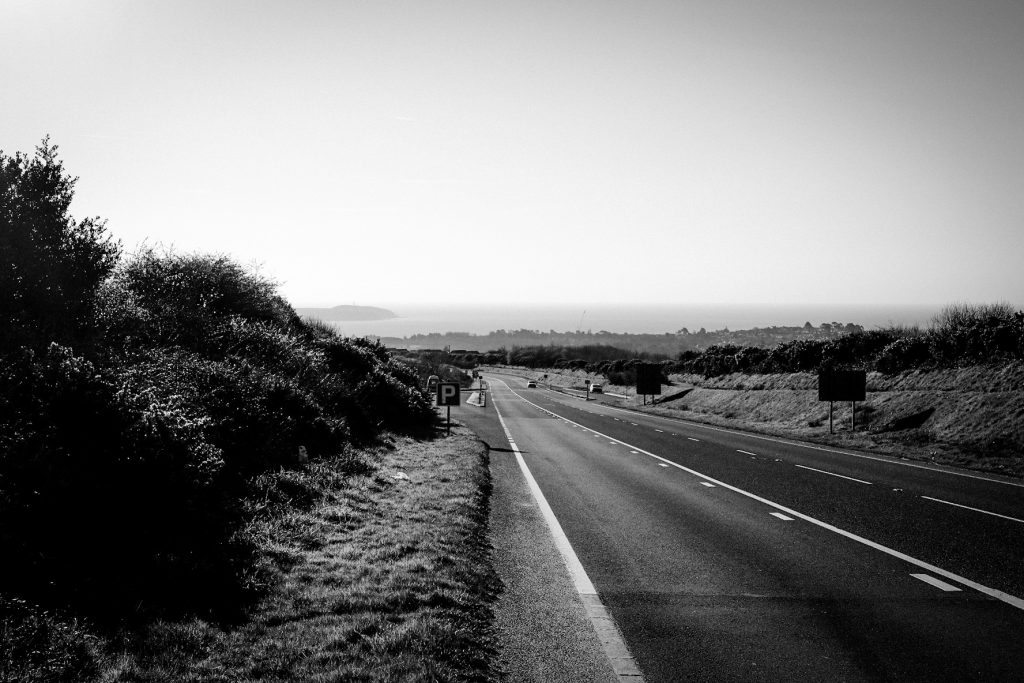 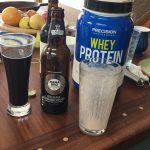 I made it home at around 10:00 feeling elated and somewhat less tired than I probably should have.
I duly celebrated with a protein shake washed down with a couple of bottles of Cornish stout! Still feeling whizzy from the ride it was several hours before I finally took myself off for an afternoon sleep.

There’s a huge difference between what seems comfortable for a 6 hour ride and what is really comfortable for 16+ hour rides day after day. I don’t expect that anyone can hope to be truly comfortable riding a bike for days on end as it’s just not what our bodies are designed for, however I intend to do everything I possibly can to improve my bike comfort in the coming weeks. Sure you can “man up” and push through these things but that’s a young man’s type of foolishness. I’m aiming for better than that.